Failed Prince on a White Horse

I was the golden boy. I was strong, handsome, and clever. Sun-Hero, they called me.

Then one night, both my parents had the same dream. A girl dressed in red came to them and said, “If you truly wish your son to be a Sun-Hero, in deed as well as in name, then send him out to find the Tree of the Sun. Let him pluck a golden apple and bring it home.”

I undertook the quest, riding out on my white horse. After a long search, I found the tree, but when I reached for an apple, the tree grew. I couldn’t get at it.

Then the girl dressed in red appeared to me. “Do you really imagine, brave son of the earth, that you can so easily pluck an apple from the Tree of the Sun?”

She gave me a task. “Stay up for nine days and nine nights, and guard the tree against two black wolves who will seek to harm it.”

I stayed awake for seven nights, but on the eighth night, I couldn’t do it any longer. I slept, and the wolves came and harmed the tree.

I failed, you see. So do not call me Sun-Hero. I am just a man who knows that he is not invincible. I have no protection from death.

The Failed Prince on a White Horse in The Death of the Sun-Hero, Yellow Fairy Book. Picture by Albrecht Dürer. 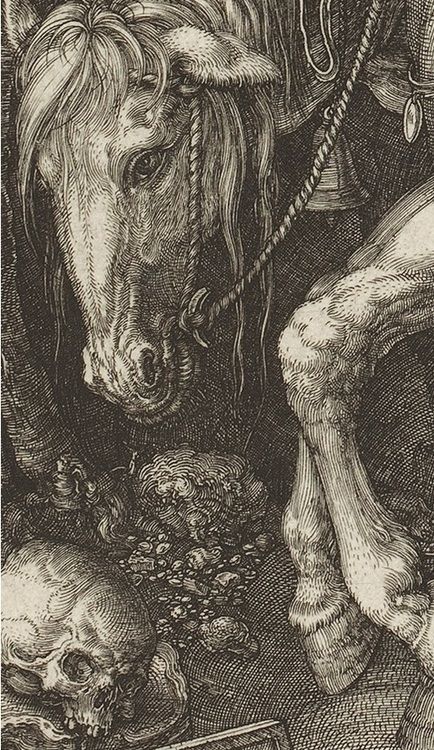