Eldest of the Old Sisters

I live in a turf hut, far from land that any man knows. There are great distances between myself and my sisters, so, as you might imagine, I hardly ever greet anyone at my door.

Today, though, a young man came to the house. He said he was looking for the Sister of the Sun.

I told him that she was living in the castle on the Banka, and that she was nearly dead with grief. Her father had lost a great battle, and his whole army had succumbed on the battlefield. To restore the Sister of the Sun, I instructed the young man to stick a pin into the palm of her hand, and suck the drops of blood that flow from it. Then she will grow calmer, and begin to recover, and that will be the beginning of a great recovery that will spread to all the dead, embattled men.

The Eldest of the Old Sisters in The Sister of the Sun, Brown Fairy Book. Illustration by Adrienne Segur. 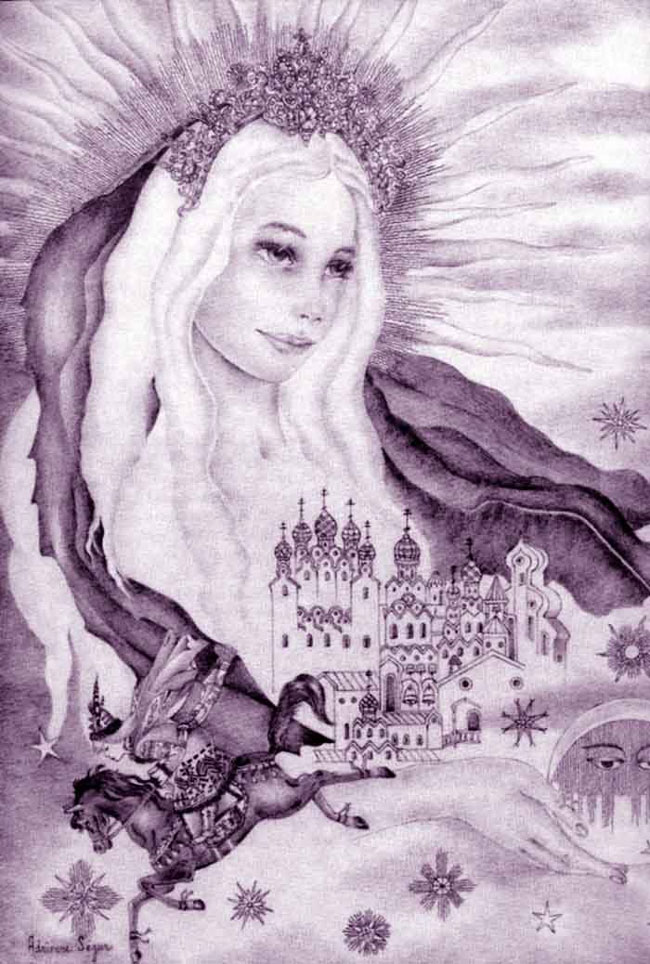