Doctor Upon Whom Everyone Depends

I never make house calls. I can afford to stay home and see my patients here. The only exception I ever made was for a king who offered me a great sum of money to come to his court.

A thorn in his foot had become infected. I told him the wound could not be healed, not by any man.  I could only treat the symptoms; deaden the pain so that he could walk without too much suffering.

I asked the king to provide me with a loose, comfortable slipper made of goatskin. I prepared a special varnish and painted the slipper with it, inside and out. I am the only one who knows the composition of the varnish.

When I brought the white slipper to the king, I told him that as long as he wore the shoe, he would not feel the slightest pain. And, because of the varnish, the shoe would always remain white and pristine.

He was so eager to thrust his foot in the shoe he hardly allowed me to finish. The moment he put it on, he could walk and run as easily as any beggar boy. He wanted to keep me at court, and offered me a heap of money, but I refused. I had other sick patients at home, and they all depended on me.

Doctor Upon Whom Everyone Depends in The White Slipper, Orange Fairy Book. Picture “Portrait of Dr. Boucard” by Tamara de Lempicka. 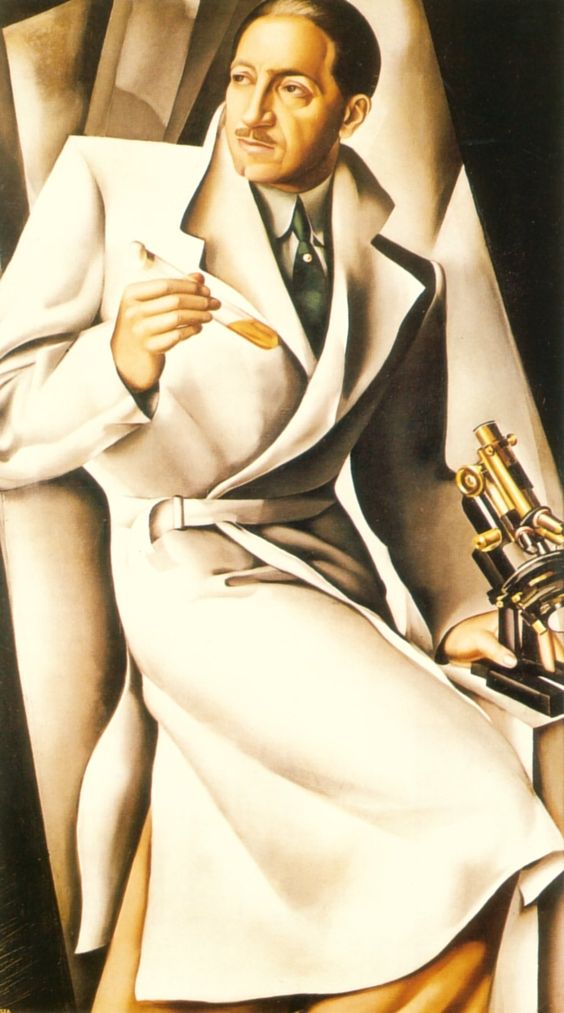