Discharged Soldier Who is Carefree

I hadn’t learned a trade, so when I got discharged, I wandered. Begged alms. Kept the rain off my back with an old coat, and sloshed through the muck in a pair of buffalo-leather riding boots.

I met up with a huntsman one day who seemed to have gotten himself lost in the forest. I took a shine to him because he wore buffalo-leather riding boots just like mine, only his hadn’t been through anything. I called him Brother Brightboots and we travelled together.

He wouldn’t enter a robber’s den, but I needed to eat, and, at that point, getting murdered didn’t worry me too much. I’d die one way or the other, eventually.

I persuaded Brightboots to come into the den with me, and that’s when he discovered that I’ve got a few tricks up my sleeve. When I drank to the robbers’ health, I said, “Long life to you all, but with your mouths open and your right hands up,” and that’s the way they stayed until we brought my soldier friends back to arrest them.

I didn’t think I’d have much to do after I left the army, but it turns out the skills of a commander are surprisingly transferable.

Discharged Soldier Who is Carefree in The Boots of Buffalo-Leather, Grimms. Painting by Casper David Fredrich. 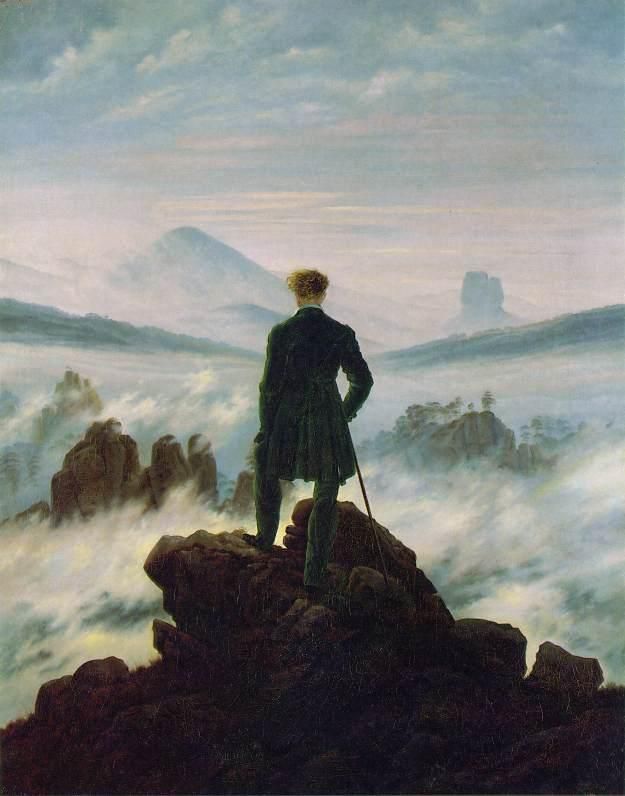