I bolted the doors of hell and ran as quickly as I could to the highest devil. I said, “There’s a fellow outside with a magic knapsack who wants to come in, but don’t let him in, because if you do, he’ll wish the whole of hell into his knapsack. I’ve been in there, and he gave me such a frightful beating that I never want to see him again!”

Then we all got together, and we shouted to Brother Lustig: “Go away!”

He stayed at the gates for a while, but then he was forced to find his way to heaven.

Devil at Hell’s Door in Brother Lustig, Grimms. Sculpture by Rodin, “Thinker at the Gates of Hell.” 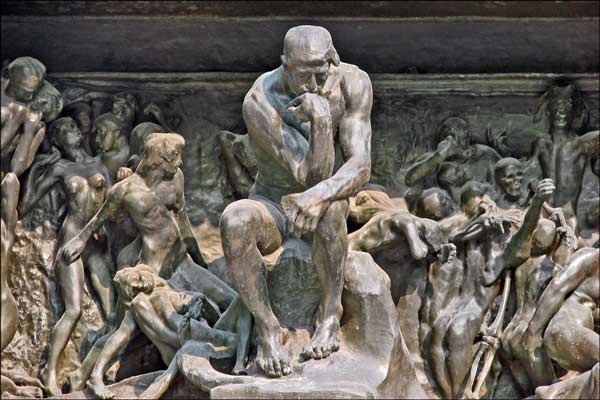