My father had a great deal of land, and he had wanted a son to take possession of it. Instead, my mother gave him a girl. Me. My mother would say, “Oh, look, she’s so bonny, bonny as can be!” But he wouldn’t even look at me. He said, “Let me never see her face.”

When I was fifteen, he looked at me for the first time, and only because he wanted to marry me off. “Let her go to the first that comes for her,” he said. The first man who came along was nasty, rough, and old. I went to the hen-wife for advice, and she told me to marry on the condition that my father make me three special coats: one made of silver, one made of gold, and one made of the feathers of all the birds in the air.

My father had every one of them made. I still couldn’t marry that hideous old man, so I asked for a coat made of cats’ skins. He gave it to me. I wrapped myself in it and escaped. 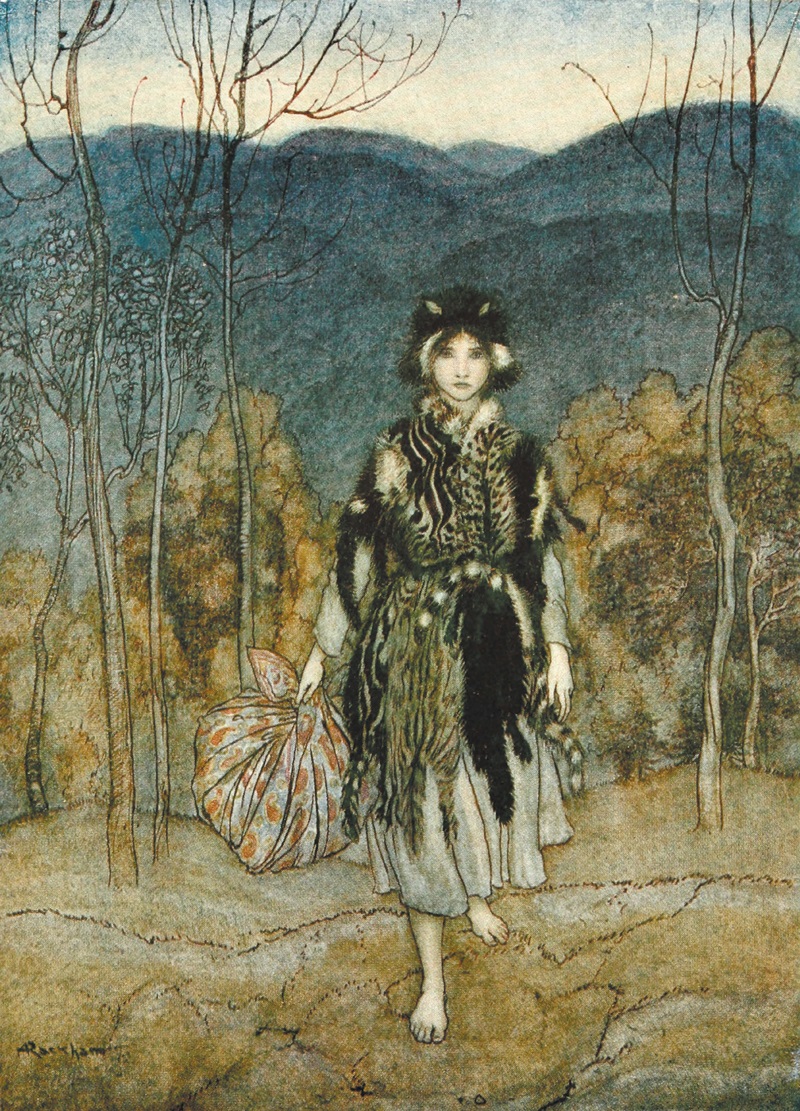