Oh, I have made the most AWFUL blunder! I had the best intentions. I just wanted to help the people of the island. I had taken them under my protection so, invisibly, I went from house to house to see what the people wished for. The children longed to be grown up, and the old people longed to be young again. How could I grant their wishes?

I had a brilliant idea! I would create a special spring, much better than the Fountain of Youth from the old days. The children who drank the water would grow up at once, and the old people would return to their childhood.

Alas! No sooner had the children sipped the water than they grew up and rushed to old age at an appalling speed! No time at all to learn the wisdom of age. And the elderly? They sped back to childhood, lost all the wisdom they had, and died at childbirth. Now, in less than a month, the whole population has died out and the only legacy left is my shame! 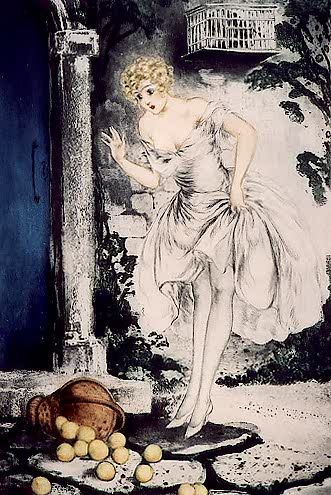