My eyes never close. My wings never tire. To some I am a bearer of ill-news and a bad omen. To others I am a simply a friend.

When Covan the Brown-Haired sat down to eat his little cake in the forest, I appeared beside him cawing, “A bit for me! A bit for me!”

He shared his little cake with me, unlike his hapless brothers who had gone before him.

After, I watched him make his way to the cottage of an old man who gave him the task of herding his cows. I watched him follow the herd to strange places, and when he sought rest in a barren, rocky place, I flew to him.

I could tell he was hungry. I told him I knew a cranny in the rock where there was plenty of food and soft moss for a bed. Covan followed me as he had followed the cows, and he found his rest. When he rose to follow the cows again, I said, “If you need a friend, wish for me and I will not fail you!”

Black Raven of Corri-nan-creag in The Adventures of Covan, Orange Fairy Book. Painting by Pieter Bruegel the Elder. 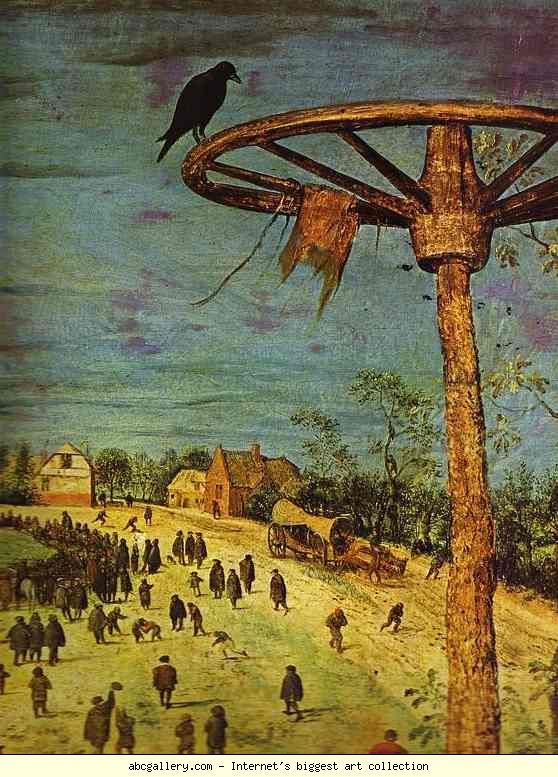