When Youri and I were children, we decided to go up the mountain and climb to the lake where the undines lived. It was hard going, and I became hobbled by a stone in my shoe. At last, I grew too weary to climb on, and, besides, it was getting dark. I lay down on a soft cushion of moss and fell asleep, while Youri went on up the mountain.

I dreamed that a little man, riding on the back of a crow, was hovering above me. He was only there for a moment, and then he vanished. When I woke, a crowd of little men stood around me. They had beards down to their knees! I thought I must still be dreaming. I got to my feet and called, “Youri! Youri! Where are you?”

The little men didn’t know what to do. They looked at me with concern. One of them had climbed the willow tree and was swinging from a branch and gently stroking my fingers. I knew they were trying to calm me, but I was terrified. Slowly, very slowly, it dawned on me that they were kind. 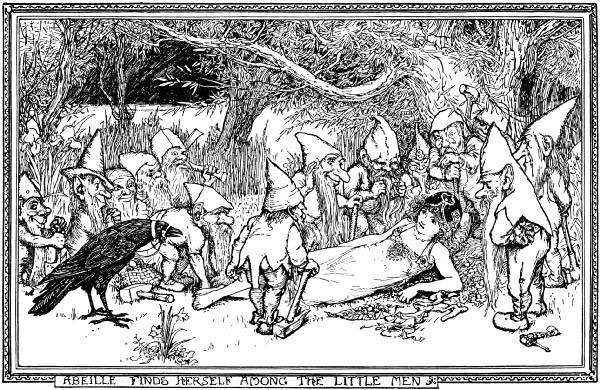