I set off with the wish to visit the furthest corners of my kingdom. It is a vast country with high, stony mountains and sandy deserts. It was not easy going, and all the paths looked the same. I was about to die of thirst when I came upon a little well that looked newly dug. A silver cup with a golden handle bobbed on the surface, but I couldn’t take hold of it. At last, I was so thirsty, I got down on my knees and I put my lips to the water.

When I tried to rise, I couldn’t. My beard had become stuck. Then it became apparent to me that someone was holding it. Indeed, a little man with green eyes and a huge head appeared from under the water. He declared that he was King Kostiei, king of the Underworld.

Until that moment, I had only known surfaces…. 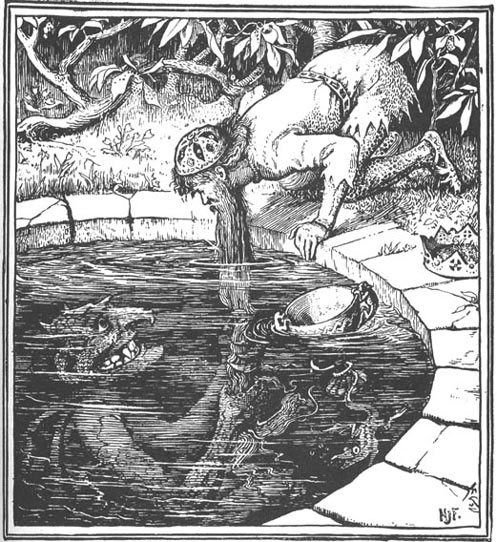