The Queen Who Loves the Fairies

I was very close to my son, and when I became ill, I brought him into my confidence. I advised him that if ever he were to undertake something large, he must consult his fairy godmother. Until then I had kept her whereabouts a secret, because my husband is a wizard, and he would stamp the fairies out if he could.

The king would never approve of his son’s connection to his fairy godmother, and of course he didn’t know that the fairies had given him gifts that no wizard could ever hope to have.

The Queen Who Loves the Fairies in The Wizard King, Yellow Fairy Book. Picture by Carl Larsson. 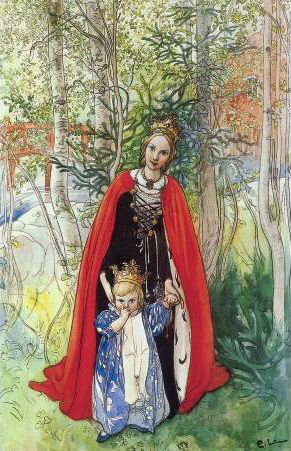