Shepherd Who Survived the Flood

How did we survive being overwhelmed by the flood? The good witch turned me into a frog, and my wife into a toad. We were carried on the water, but it tore us apart and carried us far away from one another. When the flood ended, we resumed our natural shapes, but we found ourselves in strange countries, and neither of us knew what became of the other.

Shepherd Who Survived the Flood in The Nixy, Yellow Fairy Book. Painting by Camille Pissarro. 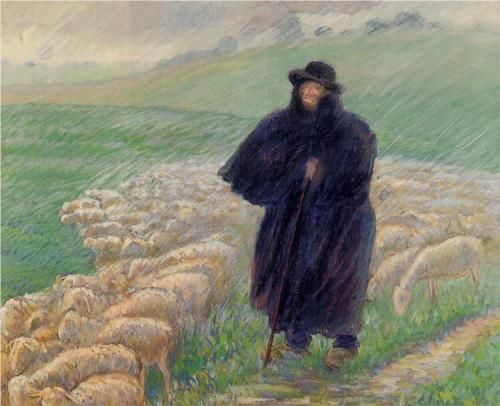