Owl at the Abyss

The old man had no means to entertain the royal party that was making its way to his camp, and, in his shame, he went to a gorge in the middle of the night. I could see from my post that the good man intended to kill himself. It would be a great loss. His goodness shone brighter than the moon.

“Hoo! Hoo!” I hooted, sweeping by him. Alarmed, he stepped back from the edge of abyss, and, that very moment, the gates of heaven opened and a throng of Peris streamed in, straight from Paradise. They would turn his fortunes around, and a feast would soon follow!

The Owl at the Abyss in Wali Dad the Simple-Hearted, Brown Fairy Book. Illustration by H.J. Ford. 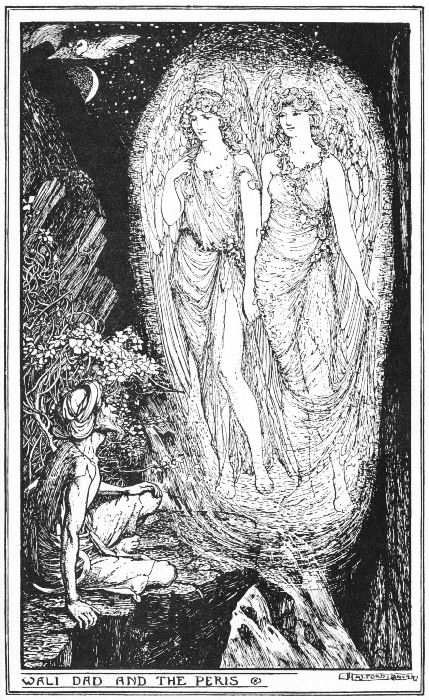