My mistress, Maid Maleen, didn’t want to marry her father’s choice of a man. She loved a neighboring king’s son, and he loved her. His father was all for it, but not Maleen’s. He was too mighty. He had to have the last word.

Maleen refused to marry her father’s man, and so the king tried to break her will. He had a tower built which no light could enter, neither the sun nor the moon. He stored provisions for seven years with the promise that he would come back then to see if Maleen had changed her “perverse will.”

I went into prison with my mistress. We were walled in together.

We sat in darkness, spoke in darkness, ate in darkness, and never knew day from night. When the provisions ran out, no one came. Maid Maleen said, “Our last chance is to break through the wall.” All we had was a bread knife and the force of our two strong wills. After chipping away at the mortar for a long, long time, we were able to remove one stone. Then another. At last, light broke through. We were blinded by it, and it was not an easy adjustment.

What we did see when we could see was a sight that made our hearts sink. Maleen’s belligerent father had gone to war, and his castle had been destroyed, the village burned, and the fields, ruined. 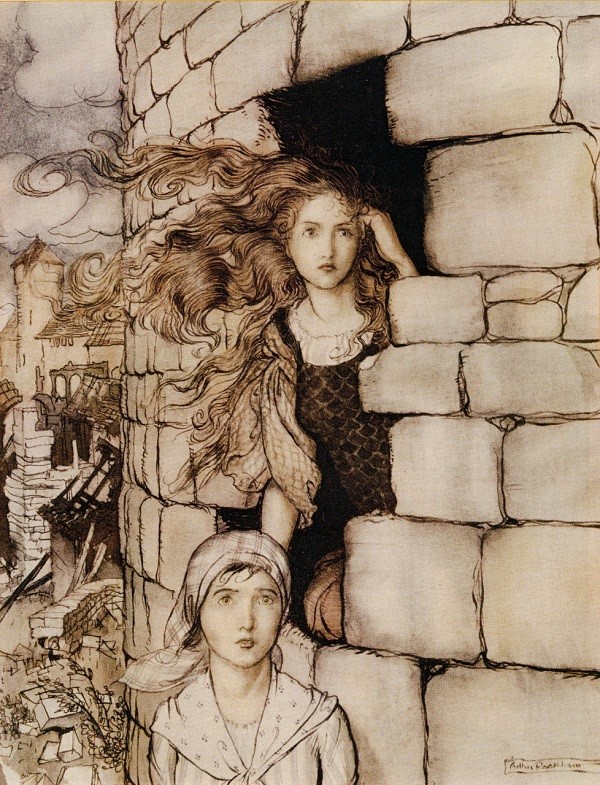