When I became lost in the forest, I was seized by a giant. He cut off my feet and then he left me to bleed to death. I would have died there, but then my sister Kisa the Cat came along, and she returned my feet to me.

In so doing, she performed an act of kindness that had never been done before and broke a powerful spell! 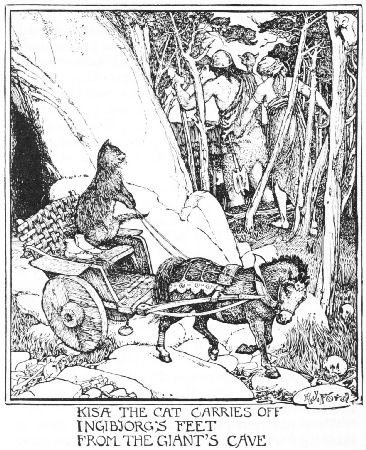