Dragon of the North

I have a voracious appetite, and it can’t be satisfied. I’m eating all the living creatures on the planet, and I will not stop until I have consumed them all.

I jump like a frog, so you won’t know where I’m coming from. I have the body of an ox and the tail of a serpent, ten fathoms long. My body is covered in scales that are harder than stone or metal, and my two eyes shine, night and day, like bright lamps.

Look into my eyes and you will become bewitched. You will rush into my jaws of your own accord. 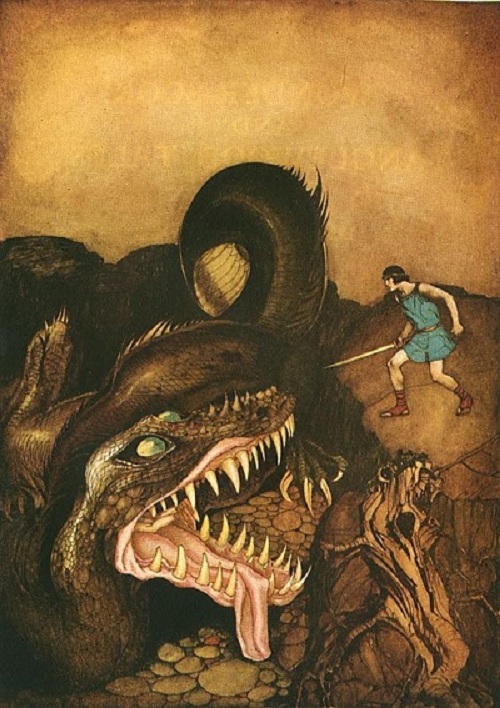