I do not know what came over me, but when the emperor appeared at court, I loved him instantly.

He was my eldest sister’s suitor, so of course, I hid my feelings. But the emperor did not. He made it very clear that he preferred me. My father (who has an unnatural attachment to my nasty, spiteful sister) was so furious that he sent me to the Desert Tower.

Here I have no privacy whatsoever because I am watched by my elder sister’s old nurse. Her eyes are open, even when she sleeps. At the moment, however, she is writing her report. I am leaning out the window and I have just seen the emperor’s servant hiding in the bushes. He has taken a letter from his jerkin. I let down a long string and he ties the letter to it. I’m reeling it up now, and I have just enough time to read it before my jailer comes back! 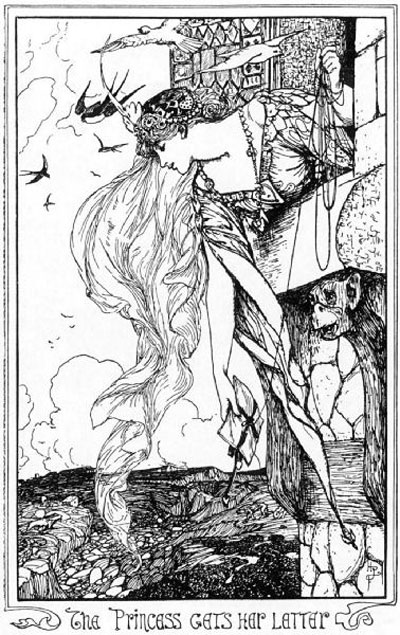